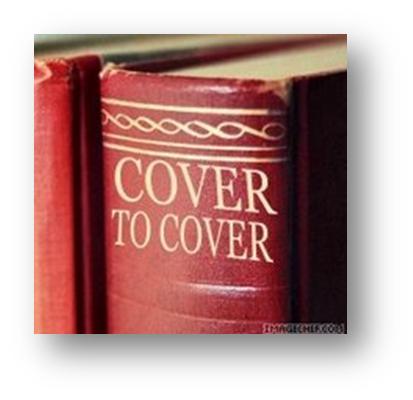 I was certain that I heard angels singing Handel’s “Hallelujah” chorus with the choir in the picture below. Yesterday was our first day back in the Worship Center after a six-month renovation project. We have been scattered like the Babylonian exiles, not for seventy years, but it was beginning to feel that way to me. Three places to worship each Sunday at each service always left me feeling like I do when we decide to go to two New Year’s Eve parties and afterwards, convince ourselves that we missed the best of both. Pastor Gregg made it a smooth transition, but those of us who don’t adapt well to change have felt somewhat like fish out of water.

This week, I related to the older ones rebuilding the temple when the foundation was laid. While there was great rejoicing among the young because the temple was being rebuilt, the priests and Levites and heads of households wept and wept. Ezra 3:12 “But many of the older priests and Levites and family heads, who had seen the former temple, wept aloud when they saw the foundation of this temple being laid, while many others shouted for joy.” The ones who remembered, probably had almost given up all hope that they would see this day, and cried at the thought of worshipping in the temple again. The goodness of God overwhelmed them. The magnitude of emotion the older priests and Levites and family heads must have felt, as they lamented their falling away, and looked ahead to being one with the Lord again.

Yesterday in worship, the unity of the Holy Spirit almost overcame me with tears as we sang to Him with all our hearts, with thanksgiving and praise. We were restored again unto Him, filled with hope of the future and joy for this day for which we had longed. One Day, can you imagine the joy, the flood of emotion, as we are reunited for good, reconciled unto our God, singing that Hallelujah chorus with angels and archangels and all the company of heaven?

In our readings, we had visits from Gabriel explaining visions. Haughty King Nebuchadnezzar was brought low like an animal; King Belshazzar was weighed and found wanting. We covered a lot of difficult prophesy and some of my favorite psalms. Finally, we saw the return of the exiles, and God’s people working side by side again to rebuild the temple in Nehemiah. Cover to Cover is as exciting a journey as any I have taken reading through amazing tales of rescue and justice of our Lord and King. Each week, it gets better and better. Join us with Bev and Cover to Cover-it’s never too late to start the adventure!

Some random points that stood out this week…

Even haughty kings will bow low before the Most High

Daniel 4:34-35, 37. “I praised the Most High; I honored and glorified him who lives forever. His dominion is an eternal dominion; his kingdom endures from generation to generation. All the peoples of the earth are regarded as nothing. He does as he pleases with the powers of heaven and the peoples of the earth. No one can hold back his hand or say to him: “What have you done?” Now I, Nebuchadnezzar, praise and exalt and glorify the King of heaven, because everything he does is right and all his ways are just. And those who walk in pride he is able to humble.”  Seven years of eating grass must have helped Nebuchadnezzar learn his lesson as he finally feared God. I love that he calls God the Most High.

Because Daniel understood the Scriptures of Jeremiah’s revelation that seventy years of exile would soon end, Daniel prepared his heart and pleaded for mercy.

Daniel 9:2 “in the first year of his reign, I, Daniel, understood from the Scriptures, according to the word of the Lord given to Jeremiah the prophet, that the desolation of Jerusalem would last seventy years. So I turned to the Lord God and pleaded with him in prayer and petition, in fasting, and in sackcloth and ashes.”  Daniel recognized the signs because he knew the Scriptures. He knew Jeremiah’s prophesy of 70 years of captivity was coming to an end. I don’t know if he had access to the Scriptures but he knew. I am not sure how old Daniel is at this point, but he is acutely aware that the time is at hand, and he repents. He prays for his people. He mourns their sins. Most theologians agree. We are living in latter days. What am I doing to get ready for His return? What am I doing to prepare my own heart, and spread the Word to those still in the dark, even to those whom I love so dearly? The time is at hand. The Day draws near.

In Daniel 5, just as King Belshazzar was weighed and judged, I have been weighed and found lacking in so many ways that are of Him. Psalm 34:9 has the prescription for never coming up short in our spiritual walk-the fear of the Lord. “Fear the Lord, you his saints, for those who fear him lack nothing.” Lord, as we draw closer to the End Times that Daniel’s visions entail, we need You more than ever. We need not only to know your Word, but have it tucked away in our hearts with relevant application in our lives.  We need to guard our hearts against being hardened, growing cold. We need your righteousness. We pray, as Daniel did in chapter 9, verses 18 and 19, “We do not make requests of you because we are righteous, but because of your great mercy. O Lord, listen! O Lord, forgive! O Lord, hear and act! For your sake, O my God, do not delay, because your city and your people bear your Name.”

Daniel 6:10 ” Now when Daniel learned that the decree had been published, he went home to his upstairs room where the windows opened toward Jerusalem. Three times a day he got down on his knees and prayed, giving thanks to his God, just as he had done before.” Just as before-no king’s edict would keep Daniel from praying to the one true God. In a time when all were bowing to false gods, Daniel held fast. He didn’t follow the crowd. He did not hide-with the windows open, he prayed. And he stood before a lion because of it. He did not back down in the face of adversity. He held true to his one true God. We all will be weighed. Lord, let us not be found wanting, lacking. Bring us to full faith in You in every circumstance.

Reunited and it feels so good…

Ezra 3:1 “When the seventh month came and the Israelites had settled in their towns, the people assembled as one man in Jerusalem.” After all this time apart, their unity through the Holy Spirit “as one man” is what got the temple built, and reunited them unto Him.

I’ll close with part of a psalm to praise Him this day:

“When I said, “My foot is slipping,”
your love, O Lord, supported me.

When anxiety was great within me,
your consolation brought joy to my soul.

Can a corrupt throne be allied with you-
one that brings on misery by its decrees?

They band together against the righteous
and condemn the innocent to death.

But the Lord has become my fortress,
and my God the rock in whom I take refuge.”

Whether it is during worst days of the Great Tribulation (how I pray the pre-Tribulation rapture eschatologists are right) or right now in times of anxiety, the Lord brings joy and consolation, and His protection. He is the rock of my salvation and my refuge, my safe hiding place.

May the Lord bless you and keep you free from all anxiety in the newly and continually prepared sanctuary of your heart.