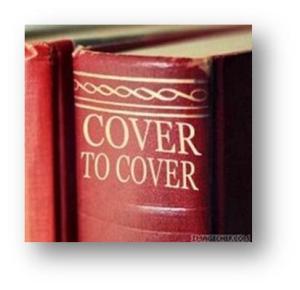 I shouldn’t be posting today as I haven’t made it through the readings yet. We just got back in town from working at the ranch putting a lot of dishes through the dishwasher, unpacking, and washing a lot of sheets and towels. We had fun, but I am fairly certain that I am getting one of those  knock-you-off-your-feet colds this evening. Head and chest are hurting and the urge to sleep is about to win, but I want to just post one major thing that lingers as we concluded the Gospels and were left with the final command of Christ.

Mark 16:15-20 – “He said to them, “Go into all the world and preach the good news to all creation. Whoever believes and is baptized will be saved, but whoever does not believe will be condemned. And these signs will accompany those who believe: In my name they will drive out demons; they will speak in new tongues; they will pick up snakes with their hands; and when they drink deadly poison, it will not hurt them at all; they will place their hands on sick people, and they will get well.” After the Lord Jesus had spoken to them, he was taken up into heaven and he sat at the right hand of God. Then the disciples went out and preached everywhere, and the Lord worked with them and confirmed his word by the signs that accompanied it.”

I just don’t see this kind of power in the Church today and it doesn’t take long to realize why. Christ intended for us to do greater works than He by the Power of His Name.

In Acts, we find the believers as “They devoted themselves to the apostles’ teaching and to the fellowship, to the breaking of bread and to prayer. Everyone was filled with awe, and many wonders and miraculous signs were done by the apostles. All the believers were together and had everything in common. Selling their possessions and goods, they gave to anyone as he had need. Every day they continued to meet together in the temple courts. They broke bread in their homes and ate together with glad and sincere hearts, praising God and enjoying the favor of all the people. And the Lord added to their number daily those who were being saved.”

First we are shown the Great Commission in action, then we see the apostles actually doing the thing on a daily basis. I see a very different way of life than how most of us now live. God showed us a way to live in unity of purpose and in harmony with each other, in gratitude and in joy, in generosity and in devotion to Him and to each other. Our nation today looks so very different. If it is not self gratifying, self serving, or focused on what we get out of things, few look further than our own noses. And we are a most miserable generation of people because of it. We need a recommitment to the Way, a revival with a great Outpouring of His Spirit, and let it begin with this heart.

Okay, you probably are ready for me to go to bed and be miserable all by myself now, so I’ll hop down off the soapbox. We’re wrapping up forty-five weeks of Cover to Cover this week. What a blessing this journey has been. . Lord, Thank You, again for Your mercy and grace. I ask you to point us back in the right way with a 2nd Chapter of Acts anointing…Your Will be done. Amen.