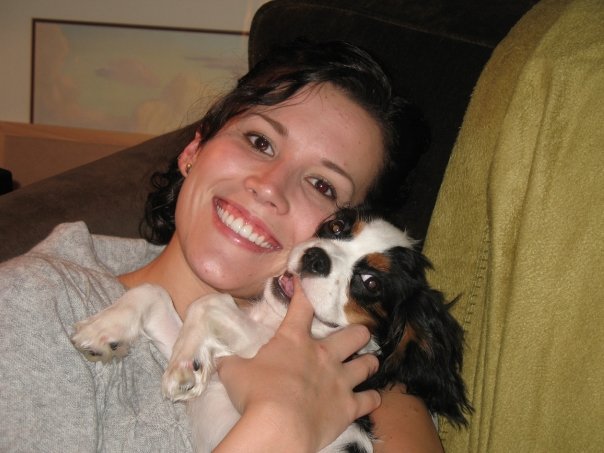 She’s back by popular request. This was an email she sent me last week, but I loved the pictures it painted. Hope to get some real pics soon! My daughter Lauren, again, as guest writer:

I woke up really early this morning (night) and couldn’t fall back asleep.  I couldn’t decide if I should start doing something productive, and then I exhaled.  I opened my curtains.  Six inches of powder snow!  It conjured up a Jeff Foxworthy “You know you’re a Texan when… you are taking pictures of snow… for 3 hours.”  I got some cool shots.  Since it was still the crack of dawn, I took some slow exposure pictures.  Then as I finally walked to class at 10, I took pictures of Oxford covered in white fluff.  Snowmen and snowwomen of all sorts.  It was some weird spoof of Harry Potter meets March of the PEnguins, and odds of escaping swarms of snowballs on the walk were slim to none.  Some guys even made snow snail!  Some say think outside of the box, others say think outside of the ball.  The computer services building had a snowman with a keyboard mouth and other broken bits of a computer… It warranted the title Another One Bytes The Dust.

To digress completely, I was kind of fond of the idea of Alice in Wonderland when I first arrived here last October.  Life has a pleasent nature of parallels, coincidences, symmetries or what have you–which comfort me.  They whisper, “This is right, Lauren!  It’s not just happenstance!”  During the first term, my Oxford experience was titled ‘Becoming Alice’ with curious lot of characters all around me: Rabbits always in a rush to somewhere, Mad Hatters who are always up for a cup of tea and some good gossip, and a plethora of Tweedle-Dees and Tweedle-Dums.  Alice is frustrated because she does not want to sing the song for her mother’s party.  She hates the song and is quite nervous to sing in front of a rather pretentious audience.

As Alice adventures through Wonderland, she confronts characters of lies, of passive aggression, of manipulation, insanity, of panic, and other words that wouldn’t look out of place on the headline of today’s newspaper.  The point is, in the end, she does it her way.  She sings for her mother, but sings her own song.  I recently realized that my Oxford experience may have felt like I was ‘Becoming Alice’ in a wonderland as eccentric as it is esoteric; however, this is not what my experience here is suppose to be about.  Rather, my time here should be titled ‘Alice’s Becoming’  as I learn to reject the panic and insanity of the madhatters and sing my own song.  I decided this morning that the only thing I could think of that might appropriately warrant urgency would be a choking person in need of the Heimlich maneuver, and even still, panic would be inappropriate in this sort of situation.  Furthermore, as I do not know how to properly administer the Heimlich maneuver, I am relieved of the obligatory duty of aid. Therefore, there is never a reason (and, yes, I said never) to be consumed with urgency and panic.

Following idea, I asked, what is my song?  I think it’s audacity.  For me, ‘Alice’s Becoming’ is to dare…  TO DARE!

I want to dare to live my life with the childhood imagination and dreams that hitherto have defined me.

T0 see a world in a grain of sand,
And a heaven in a wild flower,
Hold infinity in the palm of your hand,
And eternity in an hour. – William Blake

This was my navigational assessment on the 49th half year of my existence. (She continues the party of her half birthday!)